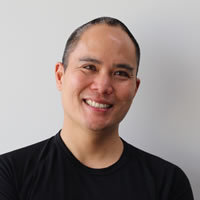 Might populism provide a counter to neo-liberalism when it comes to labour rights under trade agreements?

Going by official statements, there is good cause for believing that post-Brexit trade agreements will promote the rights of workers. The UK Prime Minister Therese May has identified the protection of workers’ rights as one of the key negotiating objectives for Brexit. The Secretary of State for Exiting the European Union, David Davis, has said that Brexit provides the opportunity for the UK to ‘lead a global race to the top’ including on labour standards. The UK government’s, Preparing for our future UK trade policy, states that ‘trade agreements with single countries or groups of countries can promote and support labour protections’.

This presentation explores the question whether post-Brexit trade agreements will advance the rights of workers with a focus on the ‘Labour’ chapter of the Trans-Pacific Partnership Agreement (TPP) (now named the Comprehensive Progressive Trans-Pacific Partnership Agreement), an agreement that the UK government is considering joining. This chapter is of particular significance to global protection of workers’ rights and has been characterized by the US government as setting a ‘high-water mark for labor protections in a trade agreement’.

Yet, rather than being a foe to neo-liberalism, the presentation will argue that the TPP’s ‘Labour’ chapter shows how populism can be its ally. Specifically, it will be argued that the TPP’s ‘Labour’ chapter has strong elements of neo-liberal populism: flexible standards; standards of flexibility; a focus on legality; and a general orientation to non-application by State signatories.

Joo-Cheong Tham is a Professor at the Melbourne Law School and the Director of the Electoral Regulation Research Network. His research spans labour law and public law.

Organised in collaboration with the London Labour Law Discussion Group

This event is free but advance booking is required.  All welcome.