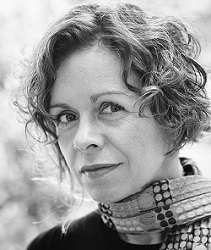 In 1944 the political philosopher and refugee, Hannah Arendt wrote: ‘Everywhere the word “exile” which once had an undertone of almost sacred awe, now provokes the idea of something simultaneously suspicious and unfortunate.’ Exiles from other places have often caused trouble for ideas about sovereignty and the law and nationhood. But the meanings of exile changed dramatically in the twentieth century, often leaving human rights law struggling to catch-up. This lecture discusses how writers such as Arendt, Orwell, Simone Weil, Dorothy Thompson, and Samuel Beckett responded to the mass displacements of the last century, and anticipate many of the issues we confront today. Sceptical about the ability of human rights to legislate for refugees, yet committed to universal justice, these writers challenge us to imagine new terms for placelessness in modern times.

Professor Lyndsey Stonebridge is currently Professor of Modern Literature and History at the University of East Anglia. She is the author of The Judicial Imagination: Writing after Nuremberg (winner of the British Academy Rose Mary Crawshay Prize 2016), The Writing of Anxiety (2007) and The Destructive Element (1998). Her new book, Placeless People: Writing, Rights, and Refugees, is due out later this year with OUP. She is also writing a short polemic, Writing and Righting: Literature in an Age of Human Rights (also with OUP). Working between literature, law, and history, Lyndsey’s research in Human Rights and Refugee Studies is strongly interdisciplinary. Her current work for Refugee Hosts, for example, a GCRF-supported AHRC/ESRC project on refugee-refugee humanitarianism, uses poetry, photography, and oral history to understand how non-nation state political sovereignties are taking shape today. She is a co-editor of Refugee History, and writes and broadcasts regularly.

Born in March 1868, Arthur Charles Coffin became an external student of the University of London, graduating with a pass degree in Arts in 1889 by private study. He retired as Inspector of Education to Dorset, and died aged 88 in July 1956 leaving his residual estate of £27,000 to the University in memory of his father John, a journeyman blacksmith from Dorchester.  The bequest was established to provide “grants as suitable occasion should arise” for lectures on “Christian Ethics”, “recent research of historical, literary or scientific interest”, “a chamber concert or recital by an ensemble or instrumentalist”, and “literary readings of prose or poetry” (NB: which may be in languages other than English).  In recent years annual lectures were added to the Coffin cycle in the History of Ideas, the History of the Book, Palaeography, and Irish Studies, and a rota governing Institute involvement per subject area was instituted through 2007-2014. “Mr Coffin was concerned that, in the growing intensity of specialisation in modern times, we should not lose sight of music, the arts and what he termed the cultural aspects of education, and, not the least, of good general teaching on a sound religious basis.”

This event will be followed by a reception