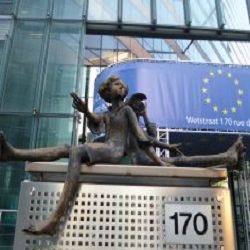 After a more positive Part I, we hope to consider more practical contingency plans from UK Law Enforcement and legal practitioners for coping without the EU framework we have become used to.

The seminar will be followed by ECLA UK’s Annual General Meeting.

Professor John Spencer is President of the UK European Criminal Law Association (ECLA UK) and a Professor of Law (emeritus) at the University of Cambridge A former Director of the Cambridge University Centre for European Legal Studies, he writes and lectures extensively on EU and domestic criminal law and evidence. In 1997 he was part of the team responsible for the Corpus Juris project. He is a QC (honoris causa), an Academic Bencher of the Inner Temple and holds an Honorary Degree from the University of Poitiers. With Alicia Hinarejos and Steve Peers, in 2012 he wrote Opting out of EU Criminal law: What is Actually Involved?, published by the University of Cambridge Centre for European Legal Studies (CELS) as a Working Paper, and available online at http://www.cels.law.cam.ac.uk/publications/working_papers.php

Dr Andrea Ryan is Co- Director of the Centre for Crime, Justice and Victim Studies at the School of Law, University of Limerick. Her research expertise lies in the areas of EU criminal justice, the European Convention on Human Rights, criminal evidence, comparative criminal procedure, criminal law and sentencing. She has published widely in these areas, including a book with Routledge, Towards a System of European Criminal Justice -The Problem of Admissibility of Evidence. She is a Committee Member of ECLA UK, and frequently participates in Workshops and Conferences on European criminal justice. She has acted as national rapporteur for Ireland on a number of cross- jurisdictional studies funded by the European Commission, including a study in 2011 on the prospects for the creation of a European public prosecutor. She is currently working on a project funded by the European Commission led by the Centre for European Constitutional Law, Athens entitled "Developing Directive - compatible practices for the identification, assessment and referral of victims".

Alex Mills is an Associate Professor of Law at City, University of London where he leads courses on fraud and economic crime, with a particular focus on money laundering and the proceeds of crime. He has specialised in the proceeds of crime since 2008, when he prosecuted and defended many proceeds of crime cases as a criminal barrister.  Alex consults for the UNODC, the Commonwealth Secretariat and other international organisation, building capacity building for judges, practitioners and legal systems across the world on money laundering and the proceeds of crime. This has included extensive work on post-conviction confiscation, civil recovery mechanisms and mutual assistance. Alex contributes to a guide for judges on restraint and confiscation of criminal assets, and currently works at the Law Commission on its project to reform Part 2 of the Proceeds of Crime Act 2002.  He is also a Recorder and a part-time Tribunal Judge.