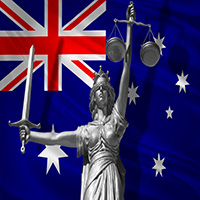 Commonwealth administrative law in Australia is a creature of statute and the common law. The statutory law includes the Commonwealth Constitution and specific Acts such as the Administrative Decisions (Judicial Review) Act 1977 (Cth.)  and the Administrative Appeals Tribunal Act 1975 (Cth.) The common law includes the well-known specific errors going to jurisdiction including breach of procedural fairness, bad faith, improper purpose, taking into account irrelevant considerations and failing to take into relevant considerations. Wednesbury unreasonableness is also a ground of judicial review.  Until recently, Wednesbury unreasonableness was rarely invoked successfully in applications for judicial review of administrative decisions, almost certainly because of the perceived stringency of the test. However, recent High Court of Australia authority has suggested a relaxation of the test and legal unreasonableness is now being advanced with much greater frequency. The High Court is grappling with the formulation of a test which recognises that the basis of judicial review is legality and that merits review is impermissible. The seminar will address the lessons that may be taken from the authorities in this country, including the doctrine of proportionality. Australia does not have a Human Rights Act at Commonwealth level.

Tony Besanko is a Justice of the Federal Court of Australia. He was admitted to practice in 1978. He practised as a barrister and solicitor in South Australia until 1984 when he joined the independent bar. He was appointed Queens Counsel in 1994. He had an appellate and first instance practice primarily in commercial, company and administrative law at the time of his appointment as a Justice of the Supreme Court of South Australia in 2001. He transferred to the Federal Court in 2006. The jurisdiction of the Federal Court comprises primarily the areas of Commonwealth power in the Federation and includes company law, competition and consumer law, migration and general administrative law, intellectual property law, taxation and defamation. His Honour has worked as a judge for over 18 years.

This seminar is free but advance booking is required.