THE DIRECTOR’S SEMINAR SERIES Law And Humanities in a Pandemic: The Local Meets The Global: National Responses to the Pandemic 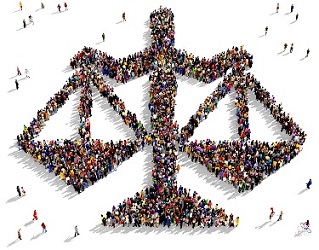 During the Coronavirus pandemic, the Isle of Man’s legal response has been profoundly different from that of the UK and its constituent nations. Drawing on original historical research, I argue that the modern pandemic is the first example of a national emergency being dealt with at a national, Manx, level rather than the Imperial level of World War One and Two, and the local level of the 1919 pandemic and its aftermath. In responding to this national emergency at a national level, the Manx legal response has been shaped by geographical features of scale and insularity, as well as the historical relationship with the UK.

Former Brazil President Fernando Cardoso with Enzo Faletto wrote the classic Dependency and Development in Latin America in 1965, linking both dependence and development to the bipolarity of “central and peripheral” national economies. This historical materialist approach became an influential paradigm for understanding Latin American economics and government for half a century. The problematic administration of Jair Bolsonaro arrived amidst the failure of explanatory models in Latin America and the absence of any clear and promising chart for the future. Reflecting the general loss of confidence in political science and theory, Bolsonaro called for its defunding.  His approach points toward unreflective and impulsive government, and his government has declined toward a severe crisis in the face of growing deaths from the pandemic. The global pandemic has transformed the political environment in Brazil, as it has in other Latin American countries as well as the United States. Even before it arrived, there existed an extraordinary and unwelcome absence of thoughtful, programmatic designs for a recovery of public confidence in government. We address the question of how John Dewey’s pragmatist methodology relates to explanatory models, in both education and the logic of legal reasoning. What, in the absence of consensual models, is the way forward?  Practical issues now dominate the national scene. We suggest that the way forward be guided by the Deweyan ideal of democratic inquiry. Public philosophy must be reconstructed from the conceptual and analytical to the empirical, dynamic and therapeutic. In education, we urge following the Deweyan program of continuity and integration, the overcoming of dualisms and of rigid, static analytical models. In law, we urge a focus not on the conceptual nature of law, but of its operation in resolving conflict.

This Webinar is free but advance booking is required. Details about how to join the virtual event will be circulated via email to registered attendees closer to the event date.