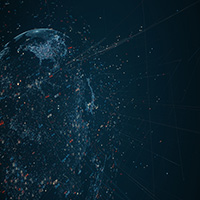 Dr Rachel Adams is a Senior Research Specialist at the Human Sciences Research Council of South Africa, and an Associate Research Fellow of the Information Law and Policy Centre at the Institute of Advanced Legal Studies (IALS), University of London. Her research lies at the intersection of philosophy, gender, technology, law and race, and she has published widely in these fields.

Rachel was previously led the work of the South African Human Rights Commission on civil and political rights, including authoring various reports to the United Nations. She completed a post-doctorate at the Institute of Advanced Legal Studies, University of London. Dr Adams is the incoming Chair of the Independent Expert Panel of the South African Department of Science and Innovation’s Centre on Artificial Intelligence Research (CAIR), and is leading various projects around AI, ethics and policy in South Africa, including the development of a policy brief series on AI, Data and Ethics which has been endorsed by the UN Global Pulse. She has further secured funding for her work around AI from the University of Cambridge’s Albadora grant, the UK Arts and Humanities Research Council, and a grant of over $250,000 to support research in Artificial Intelligence, Human Rights and Ethics across the African region from Facebook.

Rachel is further a member of the Independent Advisory Group of the Surveillance Camera Commissioner for the UK Home Office, and an Editor of the South African Journal on Human Rights. She is the author of Transparency: New Trajectories in Law (Routledge, 2020), and the lead author of a forthcoming book with HSRC Press on Human Rights and the Fourth Industrial Revolution in South Africa (2021). Her work on gender and AI has been cited in, amongst others, Nature, The Guardian, the New York Times and by the United Nations.

This book critiques the contemporary recourse to transparency in law and policy.

This is, ostensibly, the information age. At the heart of the societal shift toward digitalisation is the call for transparency and the liberalisation of information and data. Yet, with the recent rise of concerns such as 'fake news', post-truth and misinformation, where the policy responses to all these phenomena has been a petition for even greater transparency, it becomes imperative to critically reflect on what this dominant idea means, whom it serves, and what the effects are of its power. In response, this book provides the first sustained critique of the concept of transparency in law and policy. It offers a concise overview of transparency in law and policy around the world, and critiques how this concept works discursively to delimit other forms of governance, other ways of knowing and other realities. It draws on the work of Michel Foucault on discourse, archaeology and genealogy, together with later Foucaultian scholars, including Gayatri Chakravorty Spivak and Judith Butler, as a theoretical framework for challenging and thinking anew the history and understanding of what has become one of the most popular buzzwords of 21st century law and governance.

Fola Adeleke is senior lecturer in the School of Law at the University of Witwatersrand, Johannesburg, South Africa. He is a South African trained lawyer whose work focuses on international economic law and human rights, corporate transparency, open government and accountability within the extractive industry. Prior to joining the South African Human Rights Commission as the Head of Research, Fola was a Clinical Advocacy Fellow at Harvard Law School supervising clinical projects on business and human rights. Fola was also a Fulbright visiting scholar with the Center for Sustainable Investment at Columbia University. He clerked at the Supreme Court of Appeal, South Africa, and worked at the Open Democracy Advice Centre, where his human rights work spanned across Africa. He has served as the country researcher for the Open Government Partnership Independent Reporting Mechanism in South Africa and was part of an expert group reviewing the African Union’s Declaration of Principles on Freedom of Expression in Africa. Fola has also produced research for the Carter Center, the Open Society Foundation and the World Bank. He holds a PhD from Wits University and a LLM degree from the University of Cape Town.

Dr Danbury is an academic lawyer, a journalist and a former practicing barrister. He directs the MA in investigative journalism at City, University of London, coordinates Channel 4’s investigative journalism training scheme, is the BBC’s Advanced Legal Trainer, and is a member of the Scott Trust Review Panel, the organisation that deals with editorial complaints in relation to the Guardian's content. He practised briefly as a criminal barrister, before joining the BBC as a journalist, where he worked for about a decade specialising in interviews and investigations. While at the BBC, he was part of teams that won two Royal Television Society Awards and a New York Festivals medal. He has produced interviews with just about every leader of a main UK political party since 2000, and worked on TV coverage six general elections. His undergraduate degree is in philosophy from Cambridge University, and his doctorate in media law is from Oxford University. He researches in the area of international and comparative media law and freedom of speech law. To that end he is an Associate Research Fellow at the ILPC, Institute for Advanced Legal Studies at the University of London; an Associate at the Centre for Intellectual Property and Information Law at the University of Cambridge; on the advisory board of Oxford University’s Price Media Law Moot competition; and an expert at Columbia University's Global Freedom of Expression project.


This event is free but advance booking is required. Details about how to join the virtual event will be circulated via email to registered attendees closer to the event date.