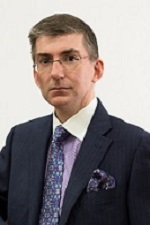 Brief Bio: Professor Tim Potier is a member of the Department of International Law at the Moscow State Institute of International Relations (MGIMO-University). A British national, he has been living and working in the former Soviet region for a quarter of a century. He was one of the first foreign nationals to visit Nagorno-Karabakh following the ceasefire of 1994 and is the author of the highly credited book Conflict in Nagorno-Karabakh, Abkhazia and South Ossetia: A Legal Appraisal (Kluwer, 2000). He has written extensively on the conflict since then and remains in good contact with all sides. He is currently a Visiting Fellow at the Institute of Advanced Legal Studies (IALS).

Few would deny that the resumption of hostilities in Nagorno-Karabakh in late September 2020 caught the world by surprise. To be fair, Baku had always warned that the state of “no peace, no war” could not continue forever. However, an international community long distracted by other regions and conflicts last autumn suddenly had its attention forced upon a conflict so long in the “deep freeze” that policymakers would have been forgiven for having forgotten about it.

Last year’s war proved to be a triumph for Azerbaijan and a humiliating defeat for the Armenian side. By the time the ceasefire took effect at midnight on 10 November 2020, not only had the Karabakh Armenian forces retreated from much of the territory occupied lying outside of Nagorno-Karabakh, but they had withdrawn from a considerable portion of territory from within the former (Soviet) autonomous oblast, also.

During the period since, the ceasefire, in accordance with its terms, has proved enduring and become embedded. However, the dispute of course remains unresolved. The purpose of this seminar, therefore, shall be to examine the possible options for the sides in securing a lasting settlement to a conflict that had defeated mediators for almost three decades.

This Webinar is free but advance booking is required. Details about how to join the virtual event will be circulated via email to registered attendees closer to the event date.