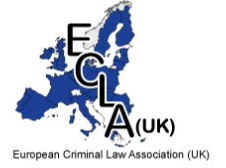 The event will review international and domestic developments in recovery of the proceeds of crime including new arrangements and strategies for international recovery.

Michael Hopmeier: Michael is a Circuit Judge sitting at Southwark Crown Court, London, United Kingdom, specialising in serious economic crime and asset recovery (confiscating the proceeds of crime) cases. Michael was called to the Bar in 1974 and has been sitting as a Judge since 1990 initially part-time as an Assistant Recorder and Recorder and then as a Circuit Judge. He also sits as a Deemster on the Isle of Man and is Honorary Visiting Professor at City, University of London. He is a joint Editor of Millington and Sutherland Williams on “The Proceeds of Crime” (5th Edition) published by Oxford University Press, February 2018 and author of a Guide to Restraint and Confiscation published by the UK Judicial College.

Stephen Goadby: Stephen has been involved in proceeds of crime work since 2001. He was at the Home Office in the Bill team supporting the development and progress through Parliament of what became the Proceeds of Crime Act 2002. He then remained as a policy advisor in Home Office on all aspects of asset recovery and financial investigation before joining the CPS in March 2020. He now has a similar role in the CPS with a more operational focus. In addition to the roles in the Home Office and CPS he has also served an expert supporting the development of Romanian asset recovery legislation, acted as a UK expert to the Council of Europe on money laundering and bribery and has undertaken work with the UN as a peer reviewer on the implementation of the corruption convention, in particular in relation to Fiji. Stephen therefore has a long and detailed involvement with proceeds of crime law, policy and strategy both from the political perspective in Government and now with an operational focus being the senior policy advisor on proceeds of crime in the CPS.

Frederic Raffray: Frederic is a Barrister (England & Wales, Middle Temple 1991) and Advocate of the Royal Court of Guernsey (2003). Frederic’s career spans private practice in London (17 Bedford Row, now Field Court Chambers) until 2000 and public practice as a Crown Advocate in the Attorney General’s Office in Guernsey (2000 - 2019).   His expertise lies in international cooperation, information exchange (including tax), financial intelligence/investigation, asset recovery, and dispute resolution. Between 2011 – 2019, he sat on the steering group of CARIN (the Camden Asset Recovery Inter – Agency Network). He has litigated extensively at appellate level in these areas, whilst also undertaking domestic and international policy work, which has included expert roles for the World Bank, UNDOC and Transparency International amongst others.

Anthony Wilson: Anthony is a solicitor advocate and former head of International Assistance at the Serious Fraud Office with extensive experience of serious fraud and economic crime as a prosecutor and, in private practice, as a commercial litigation partner. At the SFO he was responsible for leading international investigations, promoting international cooperation, vetting cases and managing mutual legal assistance requests seeking evidence and recovery of criminal proceeds. He has a special interest in cases which cross the conventional criminal/commercial divide.

This event is free but advance booking is required. Details about how to join the virtual event will be circulated via email to registered attendees closer to the event date.