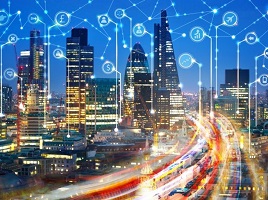 This paper will analyse the post-Brexit reforms to UK data protection put forward in Data: A New Direction. It will be argued they are wide-ranging and significant but generally not radical. The great bulk of the proposed substantive changes to data protection (although not the most far-reaching suggestions concerning either e-privacy or automated decision-making) could be plausibly justified under the restrictions regime set out in the General Data Protection Regulation (GDPR).

The reforms to the integrity duties would be deeper and pose some risk of reducing ʻaccountabilityʼ to formalistic theatre even when high risk processing is underway. Nevertheless, in principle their basic structure remains compatible with Data Protection Convention 108+ (DPC+). Proposals to shift the ICO away from a de jure focus on upholding data protection rights are difficult to square even with the DPC+. De facto the ICO is not acting as an effective enforcer of data subject rights even today, but these proposals would entrench and further this troubling reality.

This points to a critical problem with the initiative, namely, its lack of balance vis-à-vis the interests of the data subject. A reform package which sought to marry more robust and accountable enforcement for individuals with some liberalisation of the substance and process of data protection would offer a better way forward.

Bio:
David Erdos is Co-Director of the Centre for Intellectual Property and Information Law (CIPIL) and University Associate Professor in Law and the Open Society (Grade 10) in the Faculty of Law and also WYNG Fellow in Law at Trinity Hall, University of Cambridge.  Before joining Cambridge in October 2013, David spent six years as a research fellow at the Centre for Socio-Legal Studies, Faculty of Law and Balliol College, University of Oxford.

David’s current research explores the nature of Data Protection especially as it intersects with the right to privacy, freedom of expression, freedom of information and freedom of research. In addition, David continues to have a research interest in bill of rights and related constitutional developments, especially in the UK and other ‘Westminster’ democracies.

Bio:
Orla Lynskey is an Associate Professor, having joined the LSE Law School in 2012 and a Visiting Professor at the College of Europe. She teaches and conducts research in the areas of data protection, technology regulation, digital rights and EU law. She holds an LLB (Law and French) from Trinity College Dublin, an LLM in EU Law from the College of Europe (Bruges) and a PhD from the University of Cambridge.

Prior to completing her doctorate, she worked as an academic assistant at the College of Europe (Bruges) and in public and private competition law practice in Brussels. She is an editor of International Data Privacy Law (OUP) and a Modern Law Review editorial committee member.  She is currently a member of the Ada Lovelace Institute's "Rethinking Data" working group.

Bio:
Prior to joining the ODI in September 2020, Milly was Senior Policy Adviser at the Royal Society, the independent scientific academy of the UK, where she led the Society’s policy programme on Data and Digital Disruption including projects on data governance, data science skills, and privacy enhancing technologies.

Milly was previously Programme Manager at the Alan Turing Institute, Britain’s national institute for data science and AI, where she managed the Turing’s research partnership programmes in Health and in Finance/Economic Data Science. She has also worked at the Medical Research Council, and served on an Advisory Group at Chatham House. She holds degrees in philosophy from Oxford, Cambridge and York (UK).

Bio:
Reuben Binns is an Associate Professor of Human Centred Computing, working between computer science, law, and philosophy, focusing on data protection, machine learning, and the regulation of and by technology. Between 2018-2020, he was a Postdoctoral Research Fellow in AI at the Information Commissioner's Office, addressing AI / ML and data protection.

He joined the Department of Computer Science at the University of Oxford as a postdoctoral researcher in 2015. He received his Ph.D. in Web Science from The University of Southampton in 2015.

This event is free but advance booking is required. Details about how to join the virtual event will be circulated via email to registered attendees closer to the event date.