IALS Fellow's Lunchtime Seminar: A case for dialogue on the roles of apex and intermediate appellate courts in New Zealand 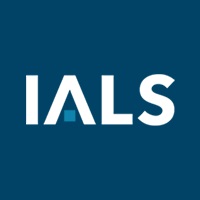 In 2004 New Zealand established a new final appellate court to replace the Privy Council. Among the justifications given was that the Supreme Court would exercise broader jurisdiction and be much more accessible. The Privy Council decided only 8 appeals per year on average. It heard almost none in crime, and in some socially important fields legislation provided that the Court of Appeal was final.

It was thought that the Supreme Court’s output would approximate that of other final appellate courts which deliver around 60 to 70 substantive judgments annually. Those expectations have not been met. The Court’s substantive output averaged 22 judgments in the years 2010 to 2019. My paper examines this phenomenon and its implications for the Court’s reason for being: the development and supervision of judge-made law.

The immediate cause is clear enough; it is the modest number (about 140 per year) and low overall quality of leave applications. There is no screening mechanism; any unsuccessful party in the Court of Appeal can apply to the Supreme Court for leave. Most applications have no merit.

Appellate structures and pathways explain the modest demand. Legislative policy is that a first appeal lies of right and addresses the merits. A second appeal is by leave and requires an issue of some general or public importance that is capable of serious argument and warrants the time and cost of a second appeal. Appellate pathways and structures are still built around the Court of Appeal; they were designed to ensure that with its existing complement it could deal with all serious criminal and civil business, supervise trial courts, and act as second appeal court for lesser and specialist jurisdictions.

The Supreme Court has responded to its limited diet by taking a liberal approach to the leave criteria; an application is sometimes grasped because it is an opportunity for the Court to address an issue that might not otherwise reach it, the Court does not appear to see the need to justify the time and cost of further appeal as integral to the test, and the question granted leave is more often than not “was the Court of Appeal wrong”, which suggests the Court is practising error correction. A substantial proportion of its work comprises not substantive law but ‘system administration’, meaning evidence, trial process and procedure. And it has increased the intensity of appellate review by reducing the number of first instance decisions that are classified as discretionary.

Implications for the making and oversight of judge-made law have not been explored in the literature to date, nor have the courts themselves engaged in dialogue. The Supreme Court is experiencing in acute form a problem faced by all final appellate courts, which see too few cases in any given field to close in case by case on a fully articulated rule of law and may too readily perceive the instant case as representative of a class or move too soon to establish a rule. Any error may be entrenched, especially where it affects the pool of future cases.

It is time for dialogue about the roles of appellate courts, to address the optimal distribution of work between them. There is a clear case for structural reform, but I wish to examine what can be achieved without it. For the Supreme Court, the dialogue should address case selection and the expression of rules and ratios. For the Court of Appeal, it requires close attention to deciding what a given precedent stands for, to its processes for assigning cases to divisions and Full Courts, and to its own stewardship of precedent. I hope that the Inns of Court Fellowship will allow me to bring a comparative perspective to bear on this problem.

Chair: Professor Colin King, Reader in Law and Director of the Centre for Financial Law, Regulation & Compliance (FinReg) at IALS.


This Webinar is free but advance booking is required. Details about how to join the virtual event will be circulated via email to registered attendees closer to the event date.