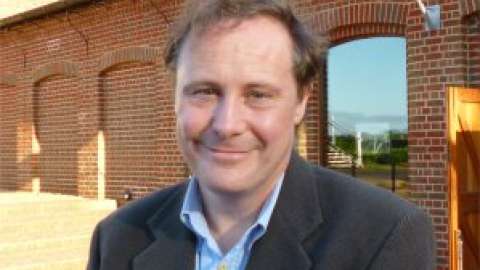 Remarks from the former Director of IALS, Jules Winterton

A large gathering of friends and colleagues met at the Institute on Thursday 26th May to say farewell to David Gee who was about to retire as Librarian of IALS after long service of over thirty-three years to the Institute and the University of London. I was very touched to be asked to say a few words on that occasion and they appear below, firstly about the post which he has held with such distinction and then a little about his career.

Law libraries have always been a distinct and dynamic group within the information world. The post of Librarian of IALS is among the very few senior law library posts in the country and possibly the most prominent among them. The IALS Librarian can sit at the table with the librarians of Harvard Law Library, the Max Planck law libraries, and other great law libraries globally.

The post combines a need for expertise in legal literature and knowledge of its users with management roles both for the library and the institute as a whole. As such it defines the career structure offered at IALS Library, which demands the whole range of skills required to run all aspects of a library.

His first post at IALS was as Senior Library Assistant in Reader Services. His original application was for a post in the Continuations Section but fortuitously the post in Reader Services became available, a role well-suited to him. His references included one from the North London library school which said ‘splendid fellow’; somewhat dated terminology but not inaccurate!

His qualities were evident at an early stage, ‘reliable, realistic, mature’ as Marion Birch, a senior member of the library staff, described him in recommending him for promotion. He progressed to Assistant Librarian in the Readers Services department and then to Academic Services Manager.

David was soon, in effect, deputy librarian and in fact appointed Deputy Librarian by 2006. At that time, he had a job description stretching to three and a half pages showing the broad scope of the post. He built up an unparalleled knowledge of how the library and the Institute work, and took on a whole range of major projects.

He was a tremendous support during my time as Librarian, shouldering even more responsibility while I was Director and Librarian and making my life much easier. Many of the developments and much of the restructuring came from his ideas. He was a driving force in coping with difficulties facing the library and finding solutions that suited the library and played to the strengths of the staff. Throughout he kept staff fully consulted so changes came not as a shock but as something which demonstrated continuing evolution and improvement.

Importantly, David always promoted the interests of the Institute’s many users. One need only consult the extremely impressive results of the annual reader satisfaction survey, which most libraries could only dream of achieving, to appreciate his success. In accomplishing this he was always straightforward in his dealings with the Institute and the wider University.

David dedicated himself to professional development and contributions to the law library profession, achieving a degree-level qualification from the Chartered Management Institute in 2012, working on the Council of the British and Irish Association of Law Librarians (BIALL) and the Editorial Board of its journal Legal Information Management. More recently he has served on the Board of the International Association of Law Libraries (IALL) and as its Secretary, no easy task as IALL resembles the United Nations in its diversity of views.

He can be justifiably proud of his and the library’s recent achievements in extraordinarily difficult and challenging times. I was fortunate enough to retire just before the pandemic struck. David was not so lucky but he and every member of the library staff reacted tremendously to all those challenges. He and the library as a whole made huge strides in developing even more services accessible to users at a distance. At the same time, they worked through and facilitated a wholesale transformation of the IALS building. Congratulations on those achievements in the most difficult of circumstances.

One of the reasons that the library and the Institute have been such a good place and community to work within, while making such progress, is the care and respect and appreciation of the library and the institute staff which David displayed, a keynote of his career at IALS. That is why he is held in such high regard and affection.

Thank you, David from all of us and have an enjoyable and stress-free retirement, you have earned it!